Art historian and trade unionist, Emilia Dilke (Fig. 1) grew up in Iffley, near Oxford. Christened Emily Francis Strong, she preferred to go by her second, masculine name. She was educated at home, and through family connections was introduced to leading figures in the Victorian art world. In 1858 John Ruskin encouraged her to study at the Government School of Design in South Kensington, London, which had a formative influence on her later scholarship as an art historian. 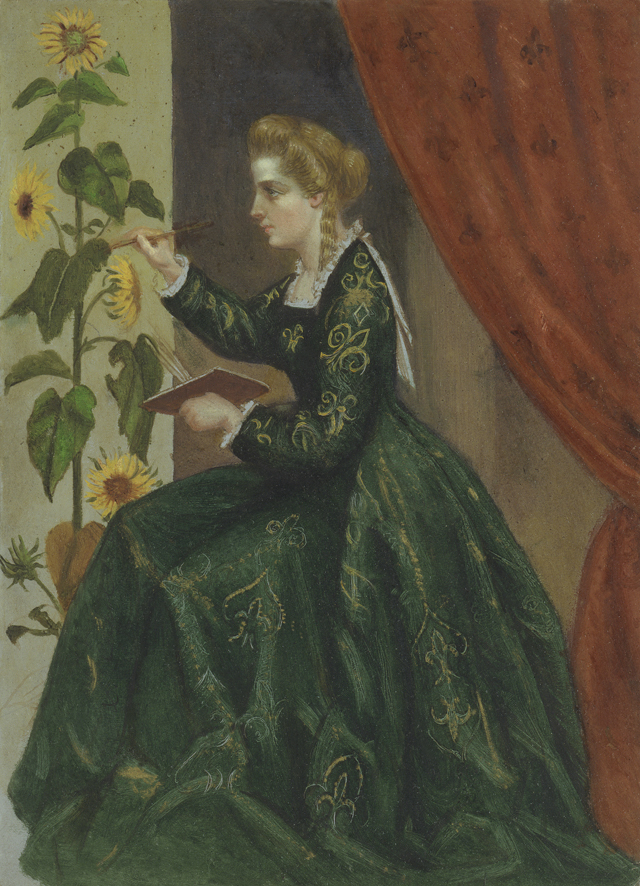 After completing her art education, Strong returned to Oxford, where she married the 48-year-old scholar Mark Pattison, rector of Lincoln College, Oxford in June 1861. Thereafter, she produced her most serious scholarship, focusing her research on French cultural history and art. The Pattisons’ marriage was famously unhappy, allegedly the model for the mésalliance of Dorothea Brooke and Edward Casaubon in George Eliot’s Middlemarch. She began writing reviews, articles, and notes on art for the periodical press from the mid-1860s, and became the salaried art editor of the Academy from 1873 to 1883. She published her first book, The Renaissance of Art in France, in 1879. A short biography of Sir Frederic Leighton was published in the Illustrated Biographies of Modern Artists series (1882), which was followed by her major study, Claude Lorrain: sa vie et ses œuvres (1884).

After her husband’s death in 1884, she married the liberal politician and periodical proprietor, Sir Charles Wentworth Dilke (1843–1911). As Emilia Dilke, she published further important studies of French art, which culminated in her encyclopedic four-volume study of eighteenth-century French art (1899–1902). In these volumes she was concerned, among other matters, with the role of women in the arts as producers and subjects, drawing parallels between the social and institutional constraints affecting earlier and contemporary female artists. She also drew attention to the political determinants of art and the economics of production within the modern art market in her Art in the Modern State (1888).

Pattison’s commitment to social reform, and to improving the working conditions of women, led to her involvement, from its inception, in the Women’s Trade Union League, of which she became its first president in 1886 until her death.