American expatriate scholar, Mary Berenson (née Whitall Smith) (Fig. 1), collaborated with her second husband, the connoisseur Bernard Berenson, in creating a foundational canon for the field of Italian Renaissance painting with their attributional lists. Born in Philadelphia into a matriarchal Quaker family which valued education and suffrage for women, Mary Whitall Smith attended Smith College and the Harvard Annex for Women with formative interests in art, literature, psychology, and philosophy. She moved to London in 1885 where she married Frank Costelloe, an Irish barrister with political ambitions. Meeting Bernard Berenson in 1890 rekindled her native literary and artistic leanings, and Mary left her husband and two small daughters to study art in Italy under Berenson’s tutelage. 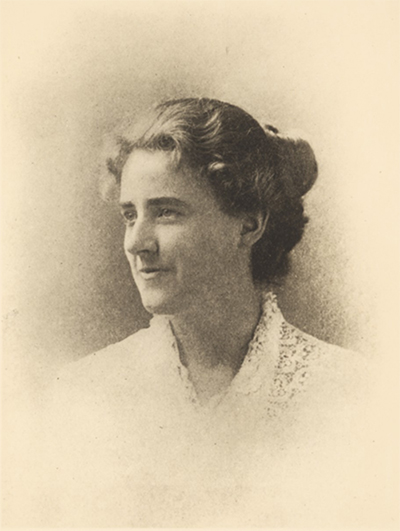 Their earliest published works, including his Venetian Painters of the Italian Renaissance (1894) and her Guide to the Italian Pictures at Hampton Court (1894), were collaborative. Given that her Catholic first husband refused to divorce, she published under the pseudonym ‘Mary Logan’ to avoid scandal. Her promotion of Bernard and his Morellian method of connoisseurship continued under her pseudonym. Once his career began to advance, Mary increasingly focused on assisting Bernard by accompanying him on his travels, taking extensive notes, and maintaining their constantly evolving lists of attributions. Mary edited and prepared his manuscripts, giving clarity and force to his meandering prose, and encouraged his development of aesthetic frameworks which included concepts such as ‘tactile values’ and ‘space composition’.

After their marriage in 1900, Mary helped to appease Bernard’s first patron, Isabella Stewart Gardner. Her lectures on Italian Renaissance art further encouraged interest in such art by wealthy American collectors at a pivotal moment when their tastes were shifting to paintings of the past. Mary Berenson’s influence was also felt in her adroit handling of the constantly tricky business negotiations between her husband and the important art dealer Joseph Duveen. Their home, Villa I Tatti, became a Mecca for an extensive network of significant intellectual, literary, and artistic personalities as well as for art scholars, collectors, and dealers. Throughout their marriage Mary Berenson was pivotal in the development and building of their extensive photo archive, research library, villa, and gardens, which are now maintained as The Harvard University Center for Italian Renaissance Studies.