Cosmopolitan intellectual Vernon Lee (pseudonym of Violet Paget) (Fig. 1) was the author of over forty volumes including supernatural fiction, music criticism, travel writing, and a large body of essays on aesthetics and art appreciation. Born in France to British parents, Lee visited London often while spending the majority of her life on the Continent, particularly in Italy. She developed long-lasting friendships with artists and writers among both expatriates and Italians in Florence, where she was a close neighbour of the Berensons. She also fell out with some of her friends and acquaintances, including Bernard Berenson, who unjustly accused her of plagiarism. Her 1884 roman-à-clef Miss Brown alienated some of the Pre-Raphaelite Brotherhood it satirized. 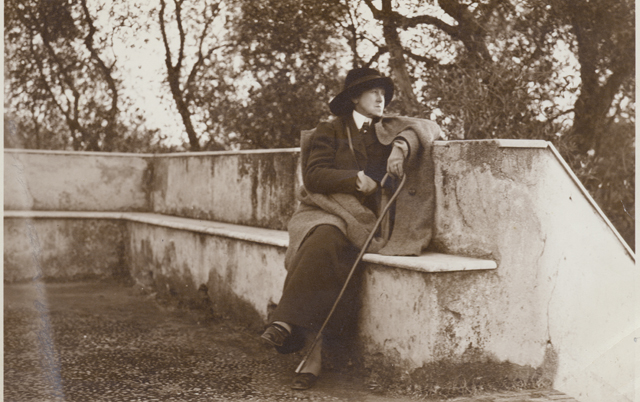 Her volumes Euphorion (1884) and Renaissance Fancies and Studies (1895) positioned her, along with Walter Pater and John Addington Symonds, as an authority on the Italian Renaissance. A gifted linguist with interests in psychology, she was instrumental in the introduction of the German concept of Einfühlung (empathy) into the study of aesthetics in the English-speaking world. With the artist Clementina Anstruther-Thomson, one of several women to whom she was passionately attached over the course of her life, Lee developed a theory of psychological aesthetics. Together they wrote Beauty and Ugliness (1912) and The Beautiful (1913), which engaged with the work of William James and European psychologists such as Théodule Ribot, Theodor Lipps, and Karl Groos, but was based on their own highly individual experimentation in galleries.

Lee’s writing was adventurously experimental throughout her career, ranging from unique travel essays capturing the genius loci of places in Italy, France, Germany, and Switzerland, to the radical pacifist theatre of Satan, the Waster (1920), and a foundational study of literary psychology, The Handling of Words (1923).