Often identified as the first English female art historian, Jameson (née Murphy) (Fig. 1) was an early scholar of Italian Renaissance art and author of the first systematic study of Christian iconography in English. As a governess she accompanied her young pupil to Italy, writing an ‘autobiographical’ narrative Diary of an Ennuyée (1826), which included keen descriptions of works of art encountered. An intrepid traveller, she visited Germany in 1829 and 1833, where she encountered leading museum professionals, art historians, and artists whose modern approaches to interpreting works of art influenced her own. Jameson maintained a cosmopolitan social network throughout her life, counting among her closest associates Ottilie von Goethe, Lady Byron, and the Brownings. Her ill-fated marriage to the lawyer Robert Jameson led to her travels round Canada between 1836 and 1838, experiences which she recorded in her successful travelogue Winter Studies and Summer Rambles in Canada (1838). 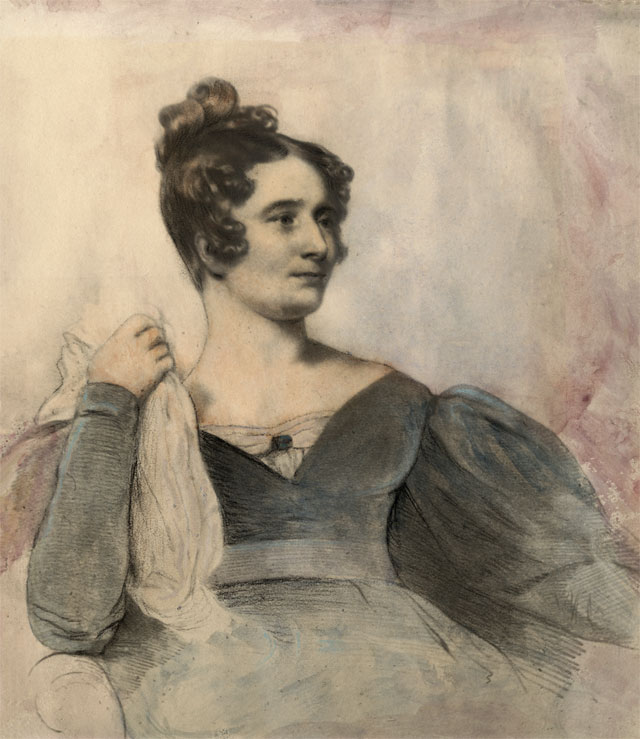 After 1838 art dominated her publications. Her detailed survey of the most important public art collections in and near London, Handbook to the Public Galleries (1842), was both a guide to these galleries and an apology for a wider collecting policy at London’s National Gallery. Its sequel, Companion to the Most Celebrated Private Galleries of Art in London (1844), strengthened her conviction that British art collections were worthy of study. Her promotion of the Italian quattrocento artists was the focus of profiles published in the Penny Magazine between 1834 and 1845, which were later republished as Memoirs of the Early Italian Painters (1848).

She dedicated her final years to her six-volume series on Christian art and symbolism, initially entitled Sacred and Legendary Art. The final volume was completed posthumously by her friend Lady Elizabeth Eastlake. Jameson continued to review exhibitions and contributed to The History of the Painters of All Nations. Beyond her studies of Christian iconography, her advocacy for the so-called Primitive schools of late medieval and early Renaissance art is her greatest contribution to art history.

Her lifelong dedication to the ‘Woman Question’, especially education and suffrage, found expression both in lectures and in print, and young feminists met regularly at her lodgings.